Open Sources, Open Doors or How to Innovate in a Competitive Cloud Market

Open Sources, Open Doors or How to Innovate in a Competitive Cloud Market 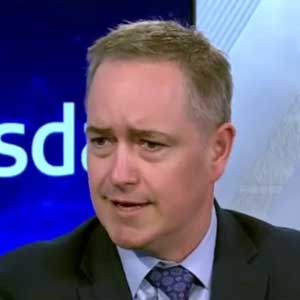 What’s the best approach when first soaring into the cloud? How does one find the right position to succeed in an area where competitors are already established?

It may be counterintuitive, but the best way to protect your technology future is to keep everything out in the open. Employing and contributing to open-source is the right path forward even among players that can be very proprietary about technology. We all take pride in building our own technology, and in markets at times of great volatility, competition becomes even more intense.

My colleagues and I are accustomed to this. Competition in the world of exchanges is fierce. Nasdaq fights not only for every IPO, every listing and trading client, we also face competition for every market data customer. We’re competing not only against fellow exchanges, but also against a host of other data providers that joined the cloud earlier.

So when it came to building a cloud platform to deliver a suite of our data products, we thought about it as if we were starting from scratch using modern technologies and techniques. We decided to go the route that was the most fast-paced, customer-friendly and efficient and use open-source technology to build Nasdaq Cloud Data Services.

Proprietary technology isn’t going anywhere, but to innovate in this environment, when the cloud is becoming ubiquitous but is still new territory even for some established players, we decided open-source was the right choice.

​Proprietary technology isn’t going anywhere, but to innovate in this environment, when the cloud is becoming ubiquitous but is still new territory even for some established players, we decided open-source was the right choice

Utilizing the cloud means making more data available to a wider population of users in an efficient and cost-effective way. That’s part of our DNA at Nasdaq, which was founded on the idea that people don’t need to be in the same physical space to be part of a community, and that the financial markets should be accessible to everyone, everywhere. The cloud operates on the same idea: access to all from anywhere. In addition to being a markets provider, Nasdaq has also been a technology, data and software provider for a real time, and we approach those industries with the same philosophy.

So open-source meant that we were joining a community that included competitors. We believe strongly enough in the promise of the cloud that we wanted to engage with as large a community as possible. What matters most when you design a new way for people to use technology is the user experience, and that means going to more users. So leveraging open source tools means we are putting our customers first, and with our extensive technology background we have uniquely stacked these tools to provide users a competitive advantage.

Open-sourcing delivers several benefits that aren’t available in the proprietary world. Here are some of the most important ones:

The power of many. Open-sourcing engages with a community. You can increase the brain power behind your software exponentially by plugging in to the global tech community. The global tech community has been an integral part of our company for decades, so it’s a community we want to constantly engage with and give back to. We wish we had thought of this development approach first, but it’s the strategy of such other tech luminaries such as Apache Foundation, Microsoft, Google, Amazon, Netflix, and Facebook.

Interoperability between protocols, formats, and vendors. Nobody wants to be like the people who invested heavily in 8-track cassette players or Beta-Max VCRs (ask your parents what those were). Not everyone is going to be using the same providers for their tech needs. It’s a competitive world at every turn. Having open-sourced products means you are adaptable to any tech provider, anywhere.

The multiplier effect. Technology advances best when it can be tested and perfected through multiple scenarios by different users. Does one particular construction work better for different users? What does that mean for those that are scaling larger? What works best for a limited amount of users? Can this be harnessed well by multiple stakeholders working remotely? These are all questions we want to answer and open-sourcing can give us that with real-world testing in a way that a proprietary approach won’t.

The effort to scale is not just about cost savings but about giving customers a better experience. Open sourcing uses the elasticity of communities and shared experiences to be purposeful in advancing good design. This proves to be good business rationale, as it helps developers deliver superior products.

So far feedback from clients and industry insiders has been wildly positive. Joining a community dedicated to advancing cloud technology has helped our efforts greatly, and we encourage colleagues and competitors to join us.

Unlocking the Value of Connected Cars

Comprehensible Distribution of Training and Information...

The Current Focus is On Comprehensive Solutions

Big Data Analytics and Its Impact on the Supply Chain

Carmax, the Automobile Business with IT at the Core

The CIO's role in rethinking the scope of EPM for...

Transformative Impact On The IT Landscape

Get Ready for an IT Renaissance: Brought to You by Big...

Technology to Leverage and Enable

Speed is the Name of the Game

The Journey to Swift Digital Transformation

Virtual Immersive Learning: The Next Frontier in Higher Education

Making the Case For Moving from Health IT to Health Analytics

Data as a Business

Ricardo Leite Raposo, Director of Data & Analytics at B3

However, if you would like to share the information in this article, you may use the link below: